To GI or NOGI: that is the question!

By serge morel August 22, 2013
The terminology Gi stand for training in the Kimono/gi.
﻿ 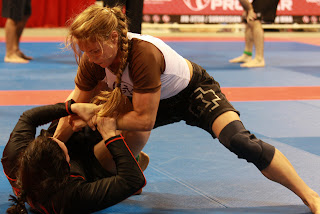 To train in a gi or nogi is always a controversial topic that get debated in grappling forums in the internet.

To understand its relevance and impact, one needs to look at the origin of Brazilian Jiu Jitsu.

To start with. we will never know what exactly what was taught by Maeda to Carlos Gracie back in 1914!

All we know is that Carlos only trained 3 years under Maeda and went on to open his Gracie Jiu Jitsu Academy in Rio later on.

So to start with, you have the Gracie Jiu Jitsu as the main lineage from Maeda as the most famous and successful school in Brazil.

In fact, you have the lineage of Fadda which is Jiu Jitsu as well.

Unsurprisingly, the Judo Federation of Brasil also claim Maeda as their pioneer.

The reason is simple: Jiu Jitsu and Judo was the same thing back then.

In Brazil, they love training in Gi.

I don't think you will find an academy that would offer nogi classes there.

Nogi is used for describing training without a gi.

I think Nogi training in BJJ schools started outside of Brasil.

Of course, you have the Luta Livre in Brasil who are defined as submission grapplers that do not train in a gi.

One could think that Luta Livre is from Catch Wrestling.

Especially in the US, we now can see BJJ academy offering as much NOGI classes as GI classes.

Why such a change?

MMA is popular and students prefer training in shorts and rash guard.

It also implies that without GI, you do not have all the negative aspects of the traditional martials arts and their belt/ranking systems.

Now the problem with NOGI is that it was originally not a term used to describe BJJ training without a GI.

NOGI was the umbrella term used to describe anything else that was realted to submissions grappling and did not belong to BJJ.

It is possible that it as a rebel movement against the popularity of BJJ and especially against the monopoly that BJJ schools claimed in the grappling industry/world.

One person would start doing some submissions moves/classes and would get snobbed by gi wearing BJJ fans/instructors. They would have to come up to a common reply: Vade Retro pyjamas wearer, we are doing NOGI, nothing for you to judge us on.

The biggest problem I guess is such umbrella term would attract fakes and create legitimacy to frauds.

Why do I care about some random fake instructor teaching bad or good techniques to some kids in their garage?

Does he deserve the attention of the BJJ police? 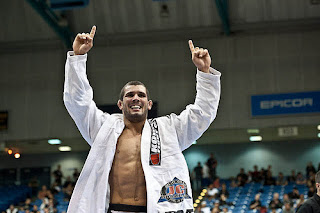 No way, we already got enough problem policing on our own fake BJJ black belts instructors anyway.

Now back to nogi, it became the pot pourri of submission grappling.
It is not a degarotory term by all means, it just meant you could expect to see every submissions possible especially the one illegal under the IBJJF rules..

If you did IBJJF illegal techniques such spinal lock, neck crank, heel hook, twisting knee bar, people would just refer it as nogi as it is illegal in IBJJF and you are not wearing a gi.

So it became ok to do anything in NOGI.

So obviously for such reasons, nogi became this art where anything would be allowed (well apart striking).

NOGI is like UFC without striking!
Well that is a cool story, bro.

And that would be the end of this post but IBJJF (International Brazilian Jiu Jitsu Federation) saw an opportunity in the nogi market.
Lot of paying customers wanting to compete without a kimono.

Clever move to adapt to a new opportunity.

They started running their own nogi IBJJF World Cup competition  (using the same rules and belt systems of their gi competitions).

So now we have a competition for BJJ guys that is in nogi.

The question is what is this going to lead us to?

It is a nightmare for instructors like myself.
I have limited training in nogi.
Thank God, it is not my job and I just teach as a hobby.
We have to make some space in our training timetable for this style of training.
Lucky for us, the competition rules don't change.

It might be good for attendance as we might be able to attract and retain students that are not particularly excited to wear a gi. 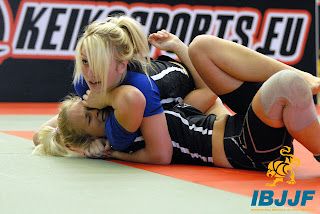 Now we are face with the dilemma on how to form and train the next generation of BJJ Black Belt that have skills in gi and nogi?

Is there going to be more Jake Shield out there?

But he is also a Cesar Gracie Black Belt that only trained 4 hours in a gi.

Once thing is clear, we need to adapt and modify to survive.

If nogi is what the new generation wants to do, then so be it.

My guess is it is better to be nogi BJJ Martial art than a dead BJJ art.

Once thing that we learned and appreciate from the Gracie Jiu Jitsu was the relevance to fighting.

Can you imagine in 20 years time when new students would come up to the class and announce that they found some BJJ books with pictures of people wearing a funny uniform?