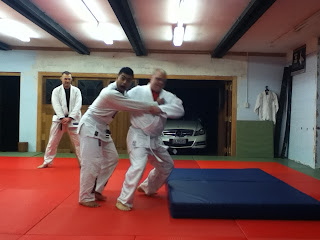 We did Tomoe nage for the throw of the day. It is also known as the sacrifice throw.
You can also do it from closed guard and is known as the balloon sweep.
It is very effective option to a guard pull.
If Uke defends, you can set up the tripod sweep.
The ground techniques were arm bar defence for the beginners.
We also covered berimbolo for the more advanced students.
Training concluded with 30 minutes rolling from stand up. 2 minutes stand up and 3 minutes rounds.
Stu will be flying to Japan for the Judo Masters on Thursday.
We hope that he improves his knowledge of drinking sake while getting thrown around by ex Judo Olympians.
Best of luck.
Do not break a leg!
News of the week
Keenan Cornelius received his black belt from Andre Galvao last week.
We are looking foward to watch him compete at the world cup as a black belt.
Brown belt divisions everywhere breathe a sigh of relief. 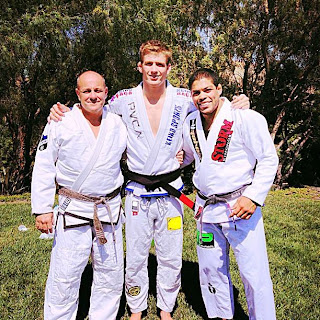