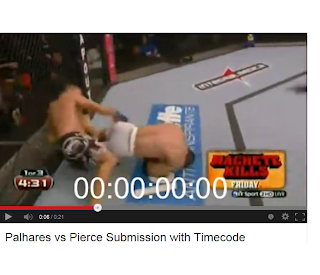 You can see in that video that Palhares let go of the submission once the ref called the stoppage.

Do you think it he was guilty and deserved to get lose his UFC contract?

After his second heel hook incident during his UFC tenure, new welterweight Rousimar Palhares has been cut from the UFC.

Despite scoring the only submission on the card, Palhares was denied a $50,000 submission of the night bonus by the UFC for “unsportsmanlike conduct.” Dana White promised that additional punishment would be coming for Palhares, and on Wednesday White told ESPN that Palhares was done with the UFC. He also compared Palhares to Paul Daley, who was banned from the organization after sucker-punching Josh Koscheck in 2010.
As mentioned, it’s the second such incident of Palhares’ UFC career. He was suspended 90 days for failing to release the same hold on Tomasz Drwal in 2010, but apparently did not learn his lesson.
auckland BJJ bjj auckland bjj nz heelhook release rousimar palhares ufc