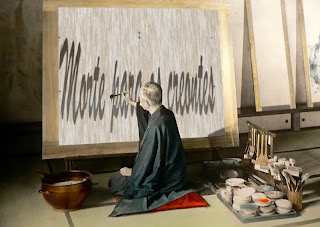 It is getting old and dumb.

If you search the word in the a Portuguese dictionary, you will not find it. 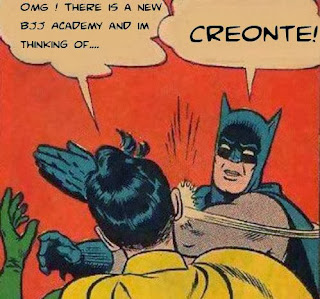 Creonte apparently was the TV character of a shady person that made many deals and back stabbing etc.

Needless to say it is a derogatory term used to describe someone that left a BJJ school for another: a traitor.

Carlson Gracie Sn takes the credit for the Creonte name as he used it to describe some people that left his school.

Unfortunately, the name sticked in the sport and is used all the time by anyone and for any reasons.

In a budovideo interview, Draculino mentioned that Creonte term was used for people that train for free and then left.

It is interesting to take in consideration that Carlson Gracie Sn was the first Gracie to offer group class and only charge 1/2 price for his competitors.

Could he have train fighters for free?
Could such fighters leave him for greener pastures later on in life?
Do they deserve to mocked and labelled as Creonte?

Oh well, that was the past but why is it still used in present BJJ?

If the student pays his fees?
Of course he should be free to move on to another service providers later on if he chooses to?

If he does not pay fees? well, it is the fault of the service provider to complain that he left him later on.
Do not give stuff for free and get all sad when they do not value your product.
If they did not have to save money for it, they are likely to not care about it.

So why are business owners calling their paying customers traitors?

I did not see Mc Donald down the right calling creonte on the customers that moved to Burger Kings.

So you hear all the sad stories on how the paid instructor spent so much time training the little traitor?

They add on that it is more than money,training, it is a way of life, the secrets of the team etc..

Honestly, some of them would brain wash you into staying in their own little cult.

And then this is where it gets all nasty: a martial art instructor with a menial job having some kind of moral authority over paying customers.

They would tell other paying customers to stop interacting with the traitor. 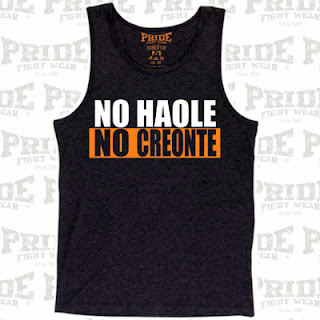 Why is that?
Is it an ego thing where the instructor cannot face the fact that he is not a great instructor as the former student seeked knowledge from someone else?

Does he fear that the current customers start talking to the defector?

Of course, he does.

Could they start unravelling the reasons why the defector left: unhappiness, bullying, too expensive, lack of improvement, lies, injuries etc..

So there you have it: the sad little truth!
He/she talks bad about the defector in front of the group and ensure no one discuss or try to find out the real reasons why the person left.

The absents are always wrong!

Why the little rant about Creonte one could ask?

Well, the problem is if the instructor can do it in front of you about someone else or on freaking Facebook.
He will do it behind your back, meaning when it is your turn to leave.
I mean you cannot be serious about all that talk about belonging to his team lasts forever.
That feeling of belonging to his team would stop the day you pay your monthly fee to his bank account.
Even if you get the team tattoo, there is no way to predict that you will not outgrow that stage in your life.
Even if you move out and create your own club, you cannot use his team name without cash going into his pocket. I mean all these years training and being part of the team will mean nothing once you stop paying money. 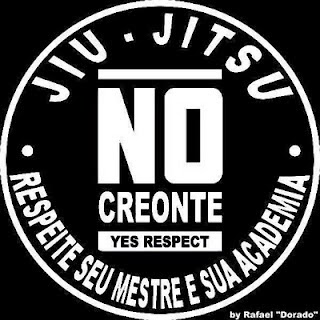 Personally, I think BJJ could do without the use of the word Creonte.

I rather see a student leaving to train some where else instead of him quitting the lifestyle, the sport.

If you are interesting to read more about cult and BJJ:


"As someone who has occupied a number of roles and stations in the martial arts community since I first became involved with it, I believe that I may be able to shed some light on why things are progressing as they are, as well as provide a cautionary tale for others who I hope will be able to avoid the pitfalls that I often plunged face-first into due to my naïvely trusting in the good (or at the very least neutral) intentions of the people over top of me.
Respectfully Submitted,
Ryan Hall
Fifty/50 Jiu-Jitsu
For my full story and take on where our community is heading, please visit"