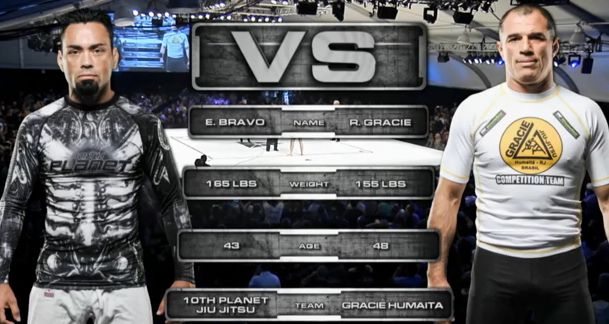 Well, I will be dammed.
This was the best fight of the day. Eddie surprised everyone by coming up with  some slick sweeps and submissions attempts.
However, it was a draw as it was a submission only match with no point systems.
Royler came up strong at the beginning but did not have the answer to Eddie Bravo's Lockdown game.
Also Royler refused to restart from a bad position and wanted to restart from the half guard instead was unprofessional.
But then again, Royler got his guard passed 3 times via electric chair move.

Who was the best fighter?
I will let you decide.

Time to burns our gis?


How do you defeat Eddie Bravo Game?

there is also the leg lock that Eddie Bravo used on Royler Gracie at the end of their fight.