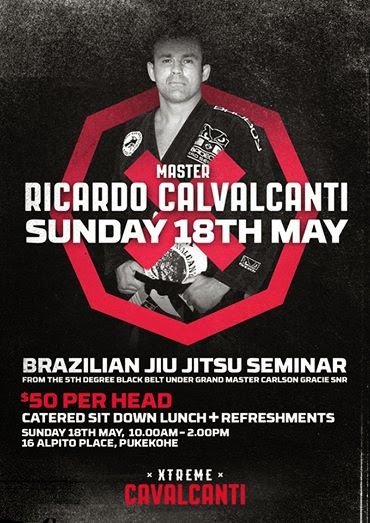 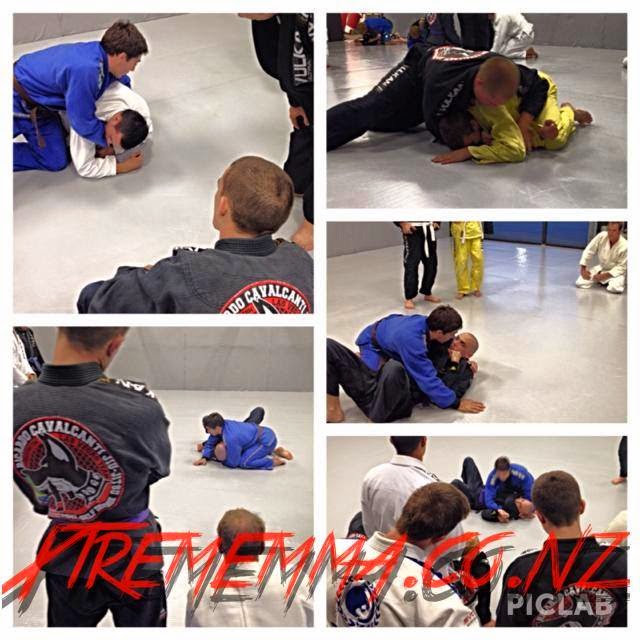 Ricardo Calvalcanti will be doing a seminar at his affiliate school. A black belt since 1995, Master Ricardo Cavalcanti is one of the selected few to have been graded by the legendary Carlson Gracie. In 2001 Master Cavalcanti moved to the United States of America from his native Brazil, where he established his own successful academy (Team Cavalcanti).http://www.bjjheroes.com/bjj-fighters/ricardo-cavalcanti
See below links for contact details for Xtreme Calvalcanti:
https://www.facebook.com/CAVALCANTIJIUJITSU#!/CAVALCANTIJIUJITSU
http://www.xtrememma.co.nz/#section=team

Good to see the Carlson Lineage in NZ and south of Auckland.