This was our first grading competition in Tokyo. The aim was to win 3 fights in a row to directly grade to Judo Black Belt. 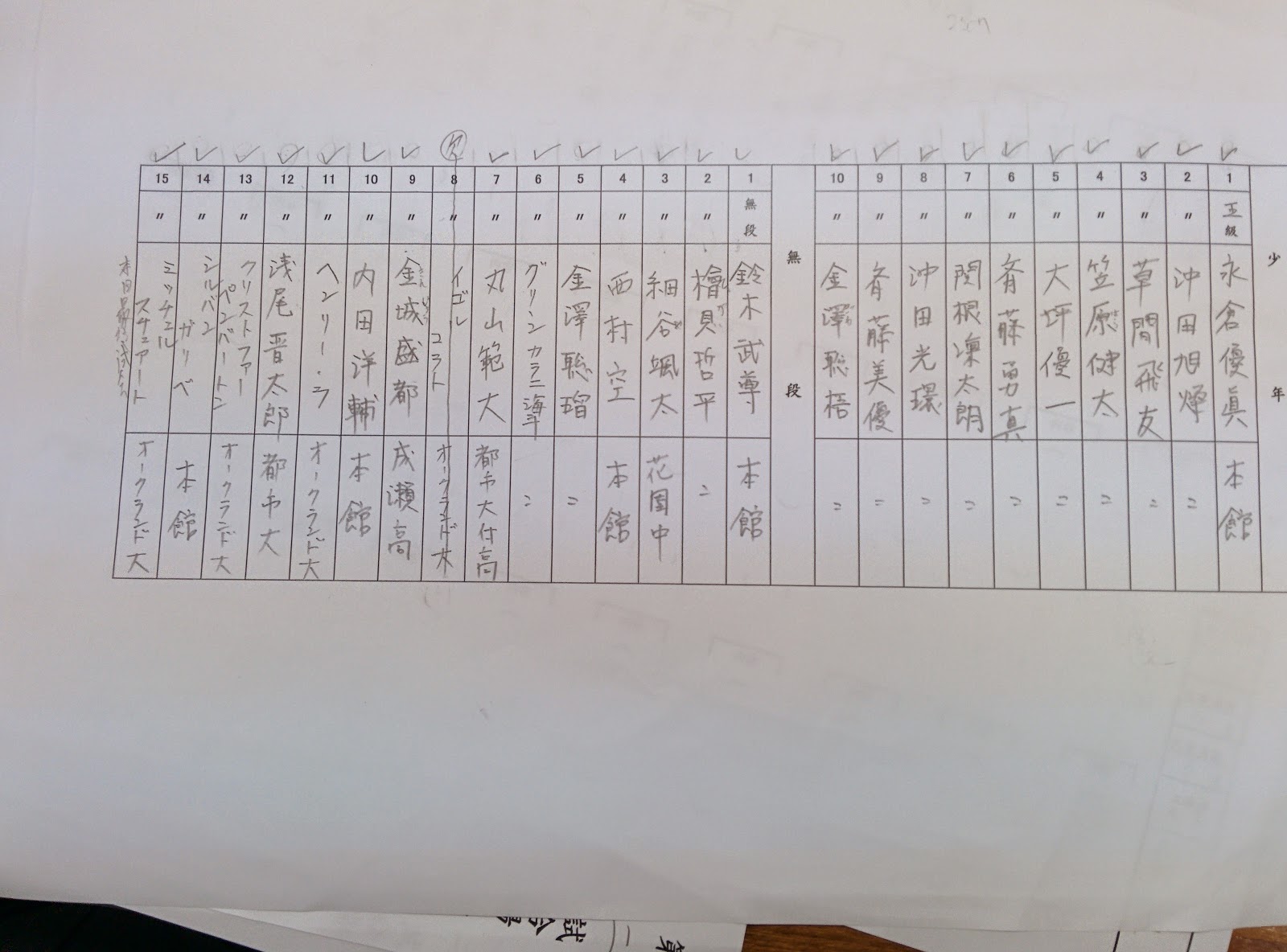 Henry beat two Japanese and then lost to Chris with a Harai Makakomi.

Chris then fought a Frenchman living in Thailand to a draw.

I then fought the Frenchman, tried a flying armbar and then pinned him for the win.