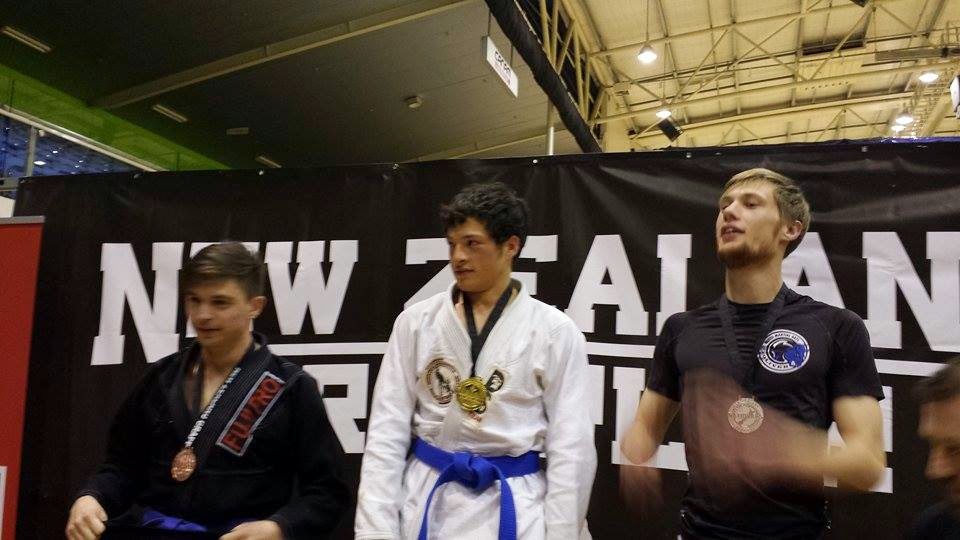 Ratanui who entered as a kid since he is 16 years old was not allowed to compete in the kids division.

He was put in the adult division by the organisers.

Regardless that he was competing against adults, Ratanui won the Adult blue belt NZ division under 76 kg.