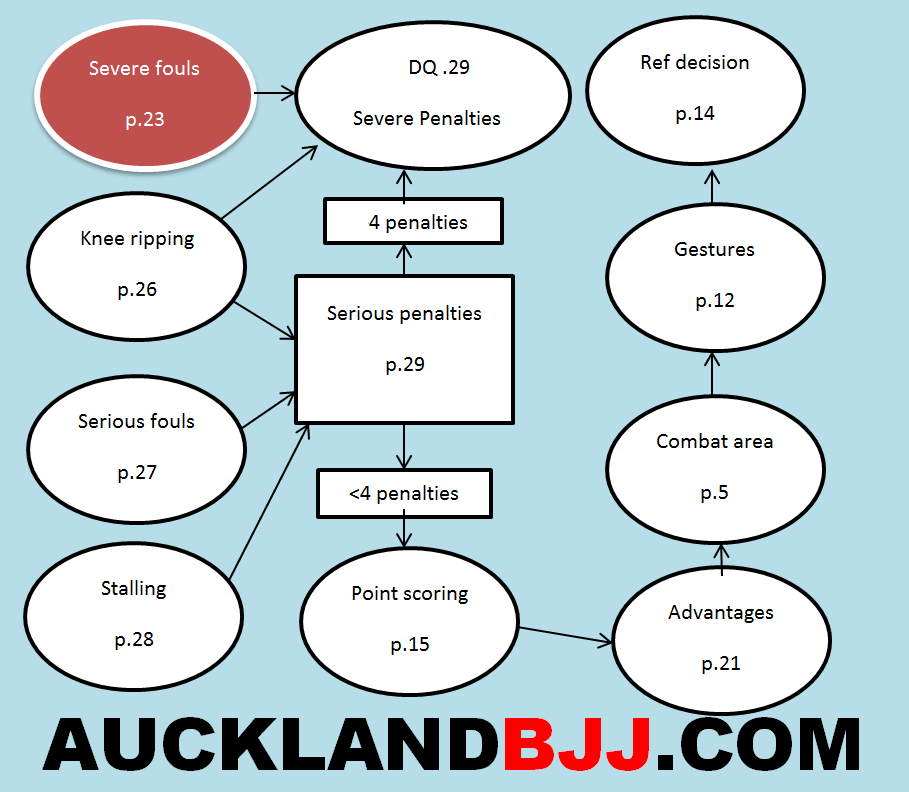 Doing the following will get you DQ.
•When an athlete’s gi is rendered unusable and he/she is unable to exchange it for a new one within a period of time stipulated by the referee.

•When an athlete deliberately flees the match area to avoid submitting to a submission hold applied by his/her opponent.

•When it comes to a referee’s attention that an athlete is not wearing an undergarment under his or her uniform as outlined in item 8.3.8 of this Rules Book.

•When an athlete applies creams, oils, gels or any slippery substance to any part of the body.

•When the athlete utilizes any substance that increase the adherence in any part of his/her body.

•When the athlete utilizes any substance that makes the kimono slippery for the grips.

•When an athlete blocks the passage of air to his/her opponent’s nose or mouth using his/her hands.

•When the athlete who is defending a single leg takedown, while the athlete attacking has his head outside his opponents body, intentionally projects his attacker to the ground, by grabbing his opponents belt, to make him hit the floor with the head (picture 25).

•When an athlete applies a hold prohibited for his/her respective division, as indicated in the table on the next page.* 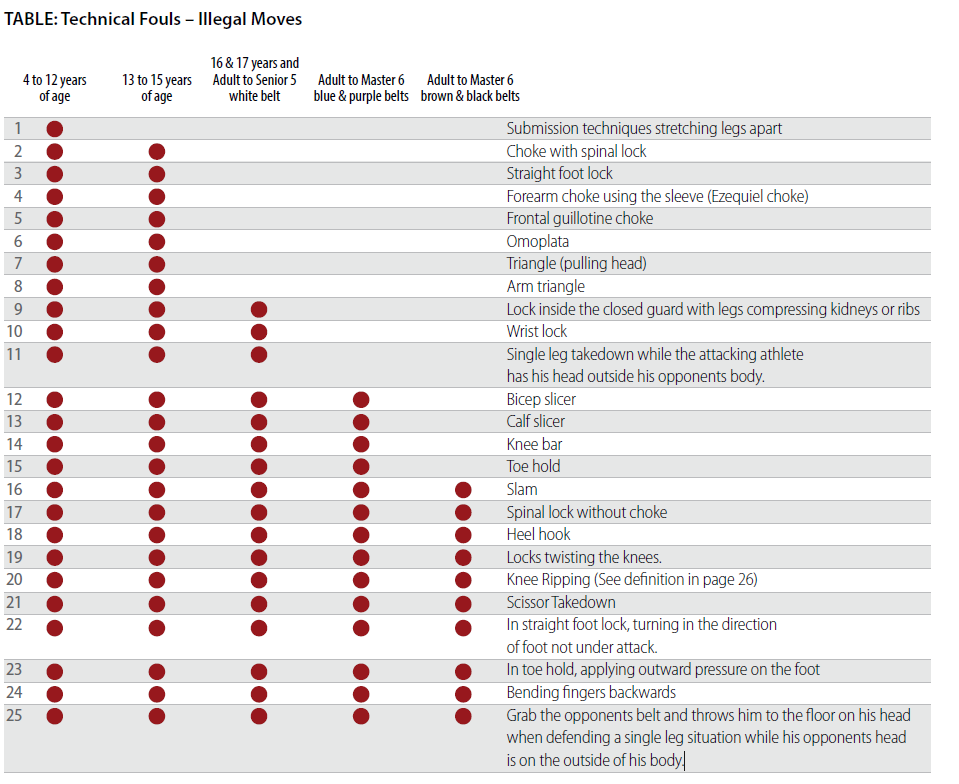 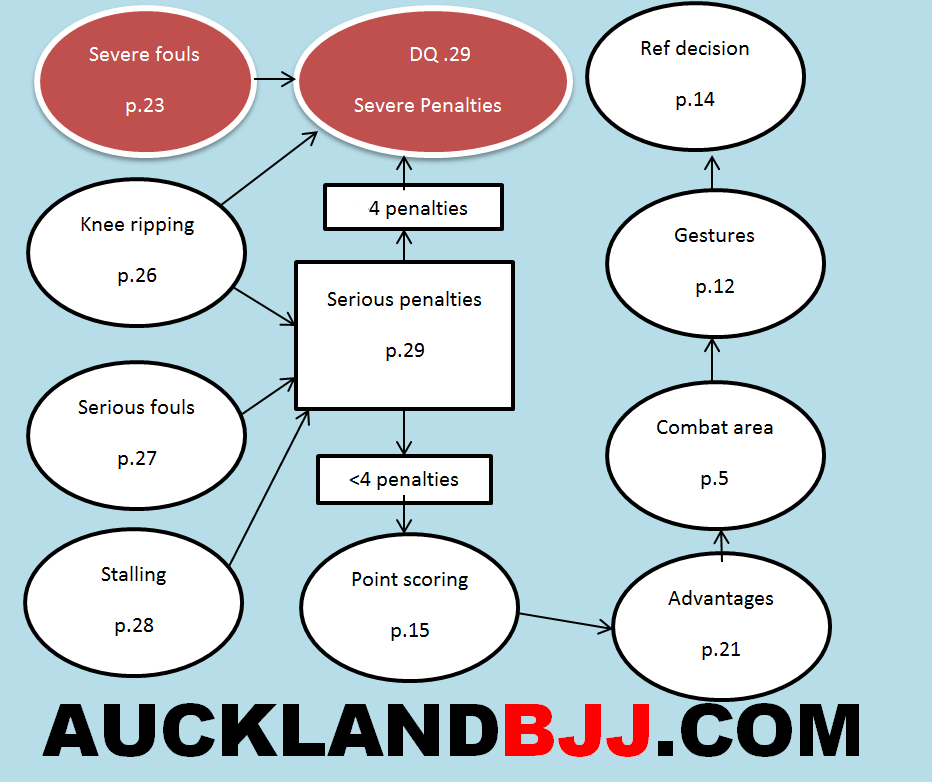