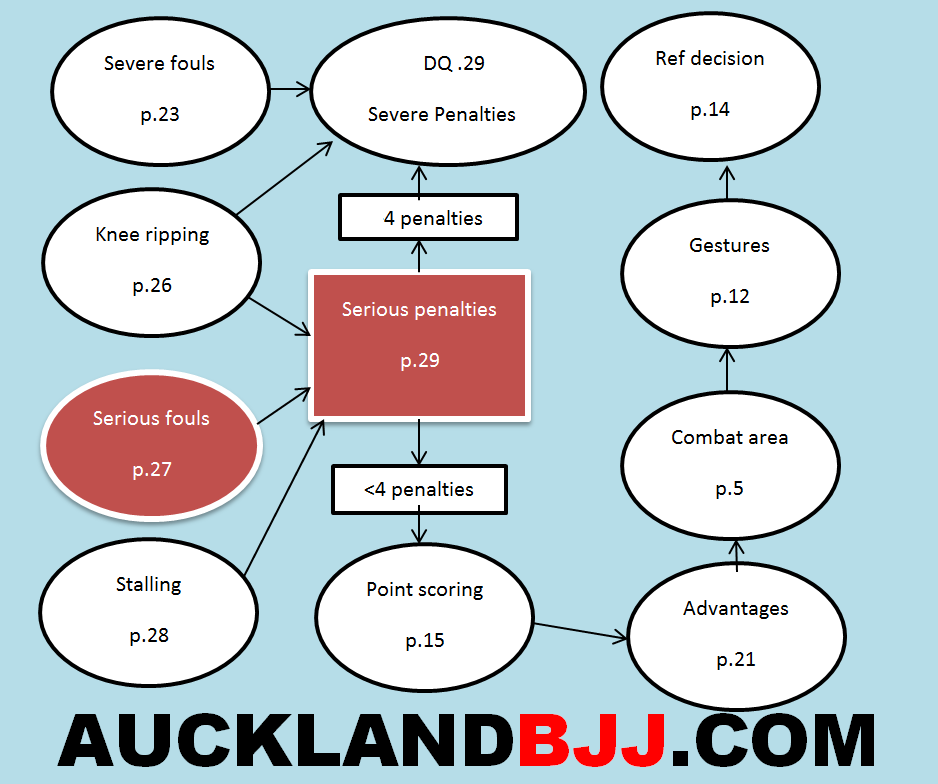 •When an athlete kneels or sits without having a grip of any kind on the opponent.


•When a standing athlete flees the bounds of the match area, avoiding combat with the opponent


•When a standing athlete pushes his/her opponent to outside the match area without clear intent of attempting a submission or scoring.


•When an athlete on the ground evades combat by sliding his/herself outside the match area.


•When an athlete breaks the grip of the opponent pulling guard and does not return to combat on the ground.


•When an athlete intentionally removes his/her own gi or belt, causing the match to be stopped.

•When an athlete grabs the opening of the opponent’s sleeve or pant leg with the fingers placed inside the garment, even if performing a sweep or any other maneuver.


•When an athlete communicates with the referee by speaking or with gestures, except when he/she is reporting a medical issue or a problem with his uniform.


•When an athlete disobeys a referee order. 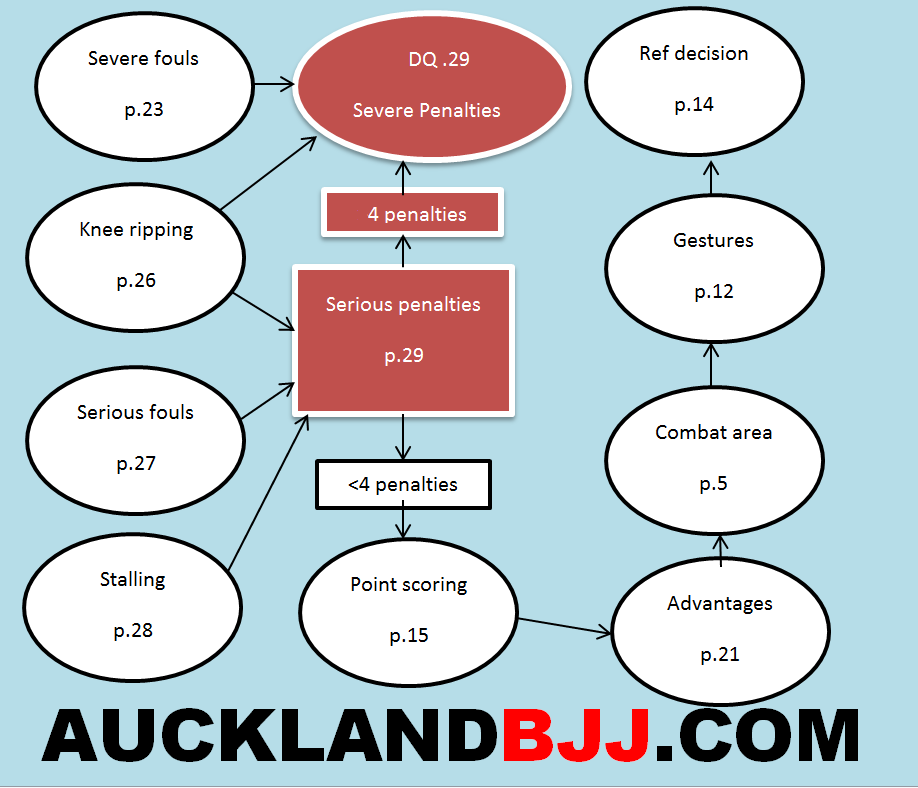 •When an athlete exits the match area following a match prior to the referee announcing the result.


•When an athlete deliberately exits the match area to prevent the opponent from completing a sweep or a takedown.** In this case and only this case, the referee should signal two points be awarded to the opponent and one penalty point be


added to the score of the athlete who exited the match area.


•When an athlete places a foot in the lapel behind the opponent’s neck, with or without gripping it.


•When an athlete uses his/her own belt or the opponent’s belt to assist in a choke or any other circumstance in a match while the belt is untied.


•When an athlete takes more than 20 seconds to tie his/her belts during a match stoppage (when the athlete is also using the identification belt).

Read more about the rules on