It is now official! 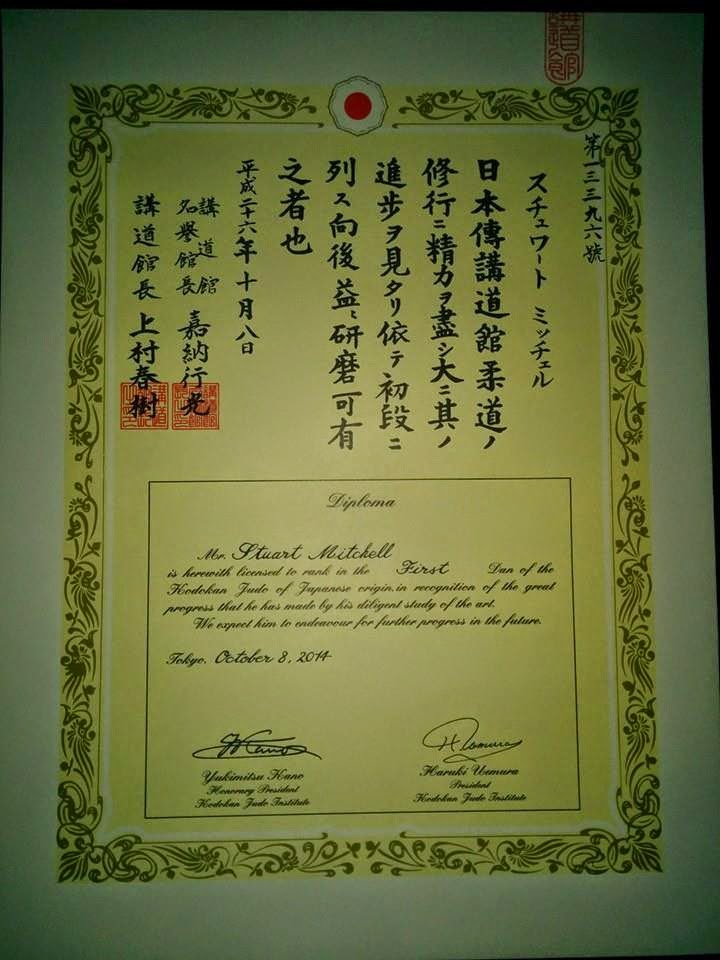 Stu received his certificate from the Kodokan.
Stu has 2 black belts (Brazilian Jiu-Jitsu and Judo).

We can expect our level of Judo increase during our BJJ classes.

We also have the regular participation of 2 others Judo black belts (Igor and Henry) who are both graded blue belt in BJJ.

They are the new hybrids that train in both arts.

At our BJJ club, you can also attend the classes of our sister Judo club (for one single fee) and vice versa.

Write up on Stu recent trip to Japan where he had to compete and win in order to earn his Judo black belt
http://www.aucklandbjj.com/2014/08/shodan-quest-first-day-in-japan.html