Training Report from Mario: Ecuador and Seminar with Royce Gracie

By serge morel December 03, 2014
My recent visit to Ecuador and Seminar with Royce Gracie
Bidokan (www.bidokan.com) is the club that I attended continuously for 6 years in Guayaquil, Ecuador before I moved to Texas for my PhD in 2009.

Then for the next 4 years whenever I returned to Ecuador for holidays I still practiced there as no BJJ club existed in the college town where I lived. Years later as part of our circling around the world, my wife and I moved to New Zealand in June 2013 and it was until October of the same year that I enrolled Auckland BJJ.

On October 2014, we all (including our 7-month old daughter) went back to Ecuador for holidays. There was the nice coincidence that, at my old club, Royce Gracie was going to teach a seminar just days after our arrival. This was the third of his seminars that I attended but it was the first one where I did not expect any promotion as I am no longer a regular attendee of Bidokan. Anyhow, as any other expatriate when returning to his country all I felt was nostalgia as it had been almost two years since the last time I rolled with old friends

Regarding the seminar, we learnt 16 techniques all addressed for self-defence.
First day, after warm-up and stretching, Royce showed techniques for standing fight mainly focusing on preventing attacks and closing distance. Some punches and throws were part of the game. After two hours of this, it was the time of some ground work.
Basically he showed how to break the close guard but with the variant that punches were allowed so butterfly (or any other open) guard was not a good idea, unless you fancy black and sore eyes. Then some heel locks after opening the guard and mounting.
Second day: warm-up and stretching again, by then I was astonished with Royce Gracie’s flexibility. After reviewing the 8 techniques of the day before, it was now time for head locks. These included the possibility of being smashed against a wall. By the end of the second day Royce opened a Q&A session mostly related to life style, motivation, and nutrition. It was then that you get to meet Royce as an actual person apart from the legend you used to see in first UFC tournaments.
To my surprise this was the first seminar that did not include rolling sessions, but after three and a half hours of hard work and an average temperature of 35oC, we attendees were very happy with the idea. Top lesson learnt (or reminded): no matter what you learn BJJ for, either for life preservation, self-defence or sport, whatever the reason, enjoy it, love it, make it part of your life and never cease to learn. 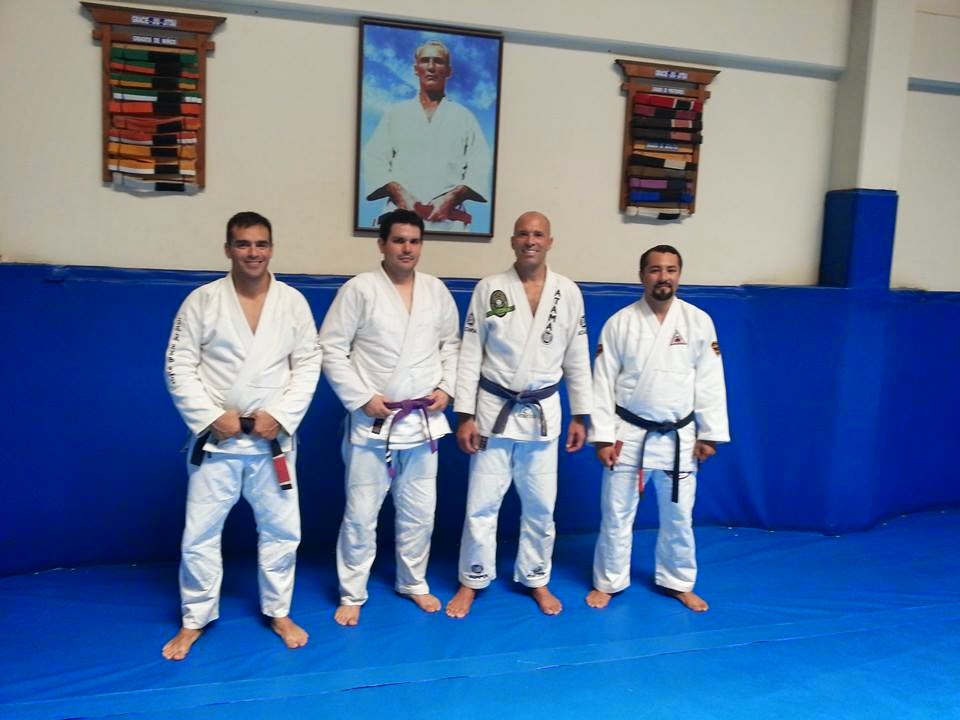 From left to right: Roberto Bitar, me, Royce Gracie, Christian Cevallos. I’m the only non-black belt so this situation has to be remedied in the couple of years.

Training with my nephew. I took him to Bidokan for the first time when he was 5 years old. 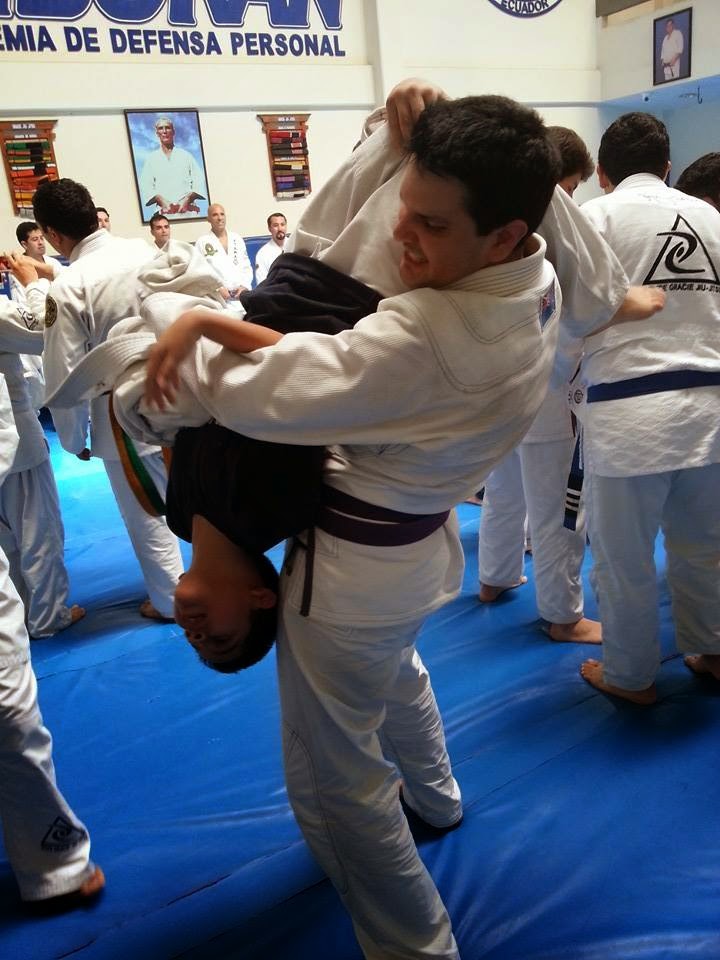 With my older brother (Telmo Fernandez), BJJ is part of our family 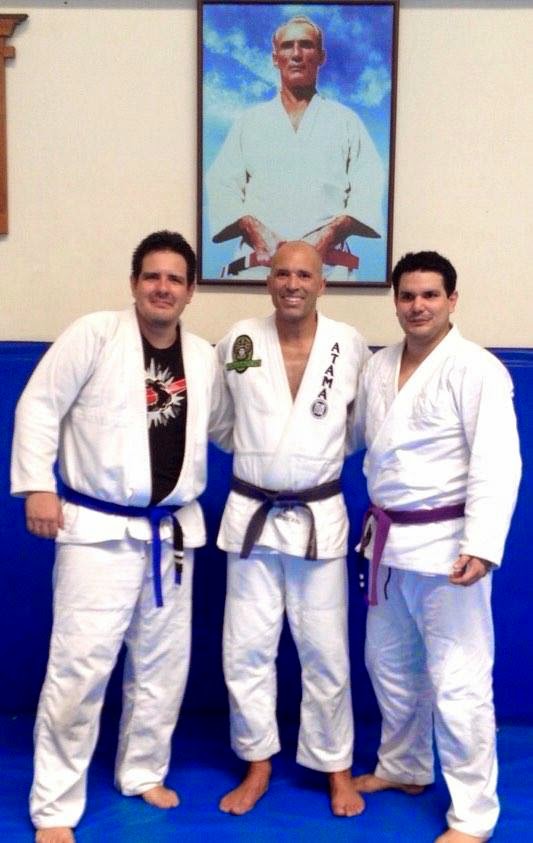 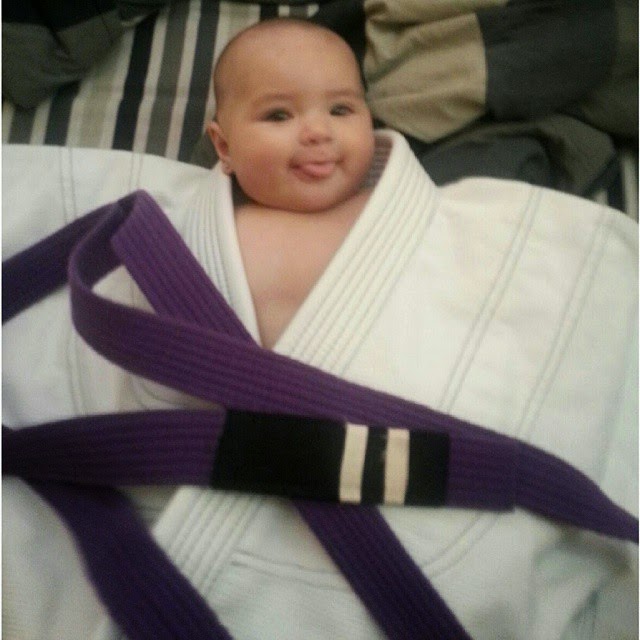