Why is BJJ so popular in NZ? 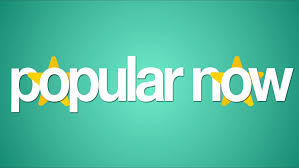 After reading the deplorable state of Judo on Facebook, I am thinking why is BJJ is so popular.

Judo has all the potentials to become a popular sport and martial art in NZ as it was once but yet it seems it is struggling at the moment.
The number of clubs are dwindling.

It seems the blame is passed on to the top management.

Well, at least they have a federation which you would think is better than BJJ.

We do not have one in NZ.

The reasons were greed and massive ego.
The instigators were just planning to copycat the IBJJF and had no intention to share the power via election etc..

So we do not have a federation to blame for the lack of success for our clubs.

Having no federation also means that our club members do not have to waste their hard earned cash in federation fee.

Each club is left to promote themselves.

Most BJJ gyms are run by professional instructors.

Does your local mechanics need to fund raise to buy more garage equipment?

So why would a full professional BJJ gym needs to fund raise for?
While it seems improbable, it still happens a lot more than you think.
It is mostly a money grab hidden behind so called good intention like needing to buy a plane ticket to go compete overseas etc.. 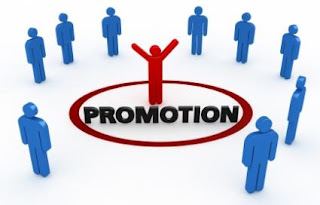 The beauty out of the situation is BJJ does not need to promote itself in NZ.
UFC does it for us.
Every time a fight lands on the ground in a MMA fight, the vocabulary and techniques seems to direct the public to BJJ instead of Judo,
Do I blame Joe Rogan for that?
Yes, I do.
Joe trains BJJ and specialise in 10th planet Jiu Jitsu.
I admit that the current ideal situation would be way more different if we did not have a commentator that knew BJJ.

The day Joe stops commentating in the UFC and his replacement is ignorant about the BJJ and ground game.
We will lose an advocate and free publicity.
UFC has events almost every weekend and has become so mainstream that you can read about UFC in the NZ herald and see a poster of UFC video game and their latest star at the local service station.
Even my boss knows what is the UFC!

There is also another threat which is the public is getting more savvy and starting to learn the difference between MMA and BJJ.

I do not think so.
To start with, I am happy that the public is now aware of the difference because I do not really want MMA wannabes in our club.
We compete in BJJ and I think they would be wasting their time if MMA is really what they want to do.

Each BJJ has their own ranking system.
We are free to promote our own students and our certificates is not endorsed by any NZ federation.
BJJ is notorious for sandbagging and gyms delays the promotion of their students especially the ones that compete as they want to win medals at competitions.
It is common to wait several years for getting promoting to a new belt. 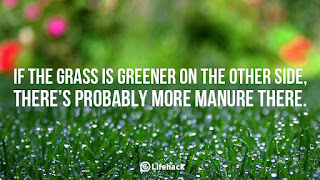 We also have lot of problems.
Our referees are crap.

But that is an issue for the organisers of competition to sort out the quality of their service or else people would go compete somewhere else.

But to answer the question of why people are choosing BJJ over Judo, I would admit that Judo is brutal.

Getting thrown is hard and BJJ is way easier on the body.

You have to be young to train Judo and I think the middle age judokas already started training for a younger age.

I think it is harder for older customers to start Judo.

This is where BJJ comes to play and is so popular.

We attract middle age males and retain them.

A good example is that we get Judokas cross training in BJJ and competing in BJJ.

I call the hybrids and love them.

But I do not see the opposite momentum (in reverse).

No one seems to want to cross train in Judo to improve their stand up game (Tachiwaza).

Maybe I need to attract some thougher students!

But at the same time, I notice the massive increase in children competing and training BJJ.

Personally, I do not agree with kids competing BJJ and would rather see them doing Judo.

There is just too much submissions in kids BJJ and I just cringed at the thought of it.

But the trend to kids BJJ is a no brainer as you have professional instructors that need to increase their client base.
They quickly realise that they could sign up 1 kid and more, to the point that they get the parents to roll on the mats as well.
Parents also want their kids to do BJJ instead of Judo as well!
The first generation of middle age males that BJJ easily attracted and retained are now having kids and the circle is complete.
Also, very soon the kids that are competing from a young age would mean that they would be seasoned competitors by the time they reach 18 years.
There would be no chance for the late comers to win BJJ competitors which happens currently.
Then BJJ also have the cool factor.
It hits 2 major human needs.

While we are super clanish as we only care about our club/team/affiliation.
It really hits the human need to belong to something bigger that ourself.
It is primitive and is a natural need that started from the days we lived in cave.

But at the same time, we are so hipster and give lot of freedom to individualism.
You can wear and buy so many different gis color and brand.
The merchandising in BJJ is outstanding.
You get so many t shirts, bracelets, hoodies.

BJJ is the hipster of the martial arts.

While compare to Judo which is universal and is against tribalism and promote cross training between Judo clubs.
Judo does not really entice individualism.
It might be because it has a mystical Japanese esoteric stigma such as "the nail that sticks out needs to be hammer on".

To conclude, thanks UFC and Joe Rogan.