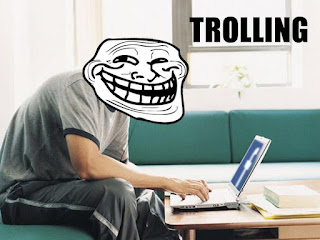 "Internet slang, a troll (/troʊl, trɒl/) is a person who starts quarrels or upsets people on the Internet to distract and sow discord by posting inflammatory and digressive,[1] extraneous, or off-topic messages in an online community(such as a newsgroup, forum, chat room, or blog) with the intent of provoking readers into displaying emotional responses[2] and normalizing tangential discussion,[3] whether for the troll's amusement or a specific gain."
https://en.wikipedia.org/wiki/Internet_troll

So the award for the troll of the week goes to Mike Jones.

I think some of the trolling were targeted at people that could be seen as sand bagging in the sport in general.
What is sandbagging?
Sandbagging is a term used in martial arts to denote a practitioner who competes at a skill-bracket deemed less rigorous than their actual level of competitive ability. The term is adopted similarly in golf and various forms of racing."
https://en.wikipedia.org/wiki/Sandbagging_(grappling) 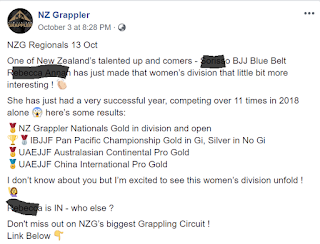 So we start Mike Jones criticizing the fact that she will competes at blue belt level compare to all her achievements at the level. But he makes a mistake to mention American Top Team which is weird because I understand it is now New Zealand Top Team only.

But it gets better when another commentator mentioned that she is competing at white belt level even though she is aware that it is against the SJJF rules because she is a Judo Black Belt. 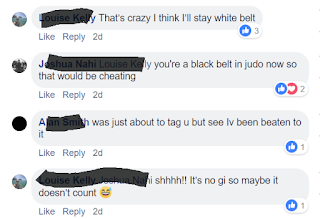 But then it get better when NZ grappler is introducing another competitor at white belt level.
You can clearly see the troll Mike Jones taking a sharp jab at her being not white belt material.
But you can also read the question from another coach wondering why she was competing at white belt. 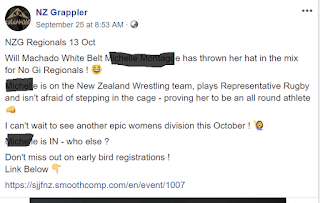 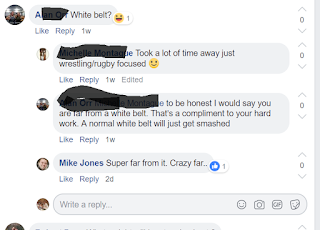 But seriously, is there something really wrong in this sport where people feels that some competitors are on purpose competing at lower level so they could a medal.
Is it not absurd to see the same competitors keep competing a the same belt even thought they won or even place at the previous event?
Do we need to protect our novice students by insuring that the beginner division is a real beginner division and not made on past champions?
But who is responsible for such trend?
Nothing new, it is usually the coaches that want to win medals.
Medals bring fame and more students I guess.
Is it the organizer of the competition that is responsible to ensure that the customers are competing in the right category?