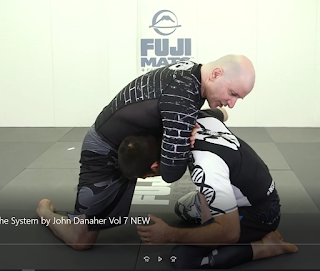 While originally, half guard was look at a transition  which your closed guard got opened and your opponent will eventually get a more dominant position like side control, north south, knee on the belly, mount etc.

However, half guard is no longer considered a weak guard and lot of competitors are having lot of success with half guard.

Half guard is probably the guard we covered the most in our fundamental program: 1 week of top half guard followed by one week of bottom half guard.

Which we repeat twice per semester and therefore 4 times of years: 8 weeks of half guard (two months).

Regarding the advanced program, we continued on the new front head lock system and we look at seated position and how to set up submissions.

Stu and myself will be flying to Sydney to do referee seminar run by the IBJJF at the end of month.

NZ grappler will be running their national nogi competition on Saturday 06 april.

The event will conclude our nogi season as well and we will be training gi only after this competition.