We have the pleasure to host a seminar with Rob Levy (6th Dan Judo). 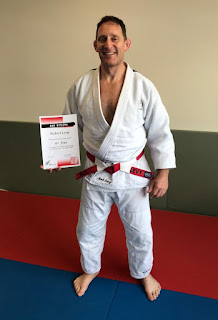 Rob is the president of the Auckland University Judo Club and their head Sensei.

Rob was also Judo New Zealand's Senior Men's Coach from 2011-2016 and holds coaching qualifications from the British Judo Association and Judo New Zealand. Under his watch, the New Zealand team tied their highest judo medal haul at the Commonwealth Games in 2014, with two silvers and three bronzes. As well as being a National Selector, Rob was a member of Judo New Zealand's High Performance Commission and also has been the Head Coach of the Auckland Training Squad since 2012. "
http://www.judokong.com/p/coaches.html