Do I need an uniform?

The Jiu Jitsu uniform is called a gi.
You do not need one to start training.
Just wear shorts and t-shirt.
During the warmer part of year (summer), we train both on separate days
In Autum and Winter, we generally train both classes in Gi only.
However, it can vary depending on future competition.
http://www.aucklandbjj.com/2013/08/to-gi-or-nogi-that-is-question.html

If you want to buy some BJJ uniform,

Do I need to compete?

No, you do need to compete.
We support our students to compete.
But we also recognise that lot of people train BJJ for fitness, fun, self-defense
There is competition in Gi, Nogi and Judo trought the year.

This is the schedule of Auckland competitions:
http://www.aucklandbjj.com/p/2017-nz-grappler-competition-calendar.html

Our instructor is a certified black belt by the IBJJF.
http://www.aucklandbjj.com/p/international-brazilian-jiu-jitsu-black.html

Also, we can compete in Judo competitions as well as we are an affiliate Judo club.
http://www.judokong.com/

What can we expect from a 90 minutes class?
A light warm-up. We do not turn our warm up into a conditioning class.
First technique is usually a stand up techniques which means throws as we do not teach striking.
Then the ground technique is based on the position of the day:
So the first class topic is Mount.
You learn how retain mount, escape mount, submissions from the mount.

Then we do situational sparring based on the position of the day.

To conclude, we do normal rolling (sparring) with a difference as we do include takedown sparring which means you start from standing.

The topic are rotational and repeat every 12 weeks.

So do  not worry if you miss one class (mount for example), we will cover the particular topic in 6 weeks time. We will cover the topic of Mount position about 4 times per year.

Also, we have one class of questions and answers every 12 weeks when you can ask any questions. 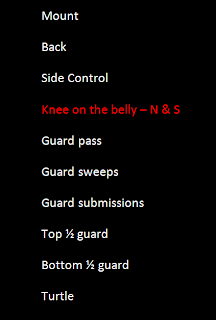 Is BJJ expensive?
We offer 3 BJJ classes per week and an additional 4 Judo classes per week as well for our members.
Our fees is $20 per week.
We do not have long or short term contracts.
It means you can pause or stop your automatic payment when necessary.


What about grading?
In BJJ, we wear a black tab on your belt.
We can award up to 4 stripes on the tab.
We do not need to have 4 stripes to be promoted to your next belt.
Usually, we hold a graduation every 6 month.
I would think that it takes 2-3 years per belt (depending on the individuals).
For more info,
http://www.aucklandbjj.com/2013/07/promotion-in-braziliation-jiu-jitsu.html 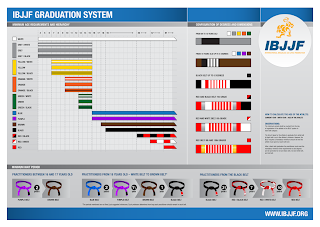 Where are you located?
We located in Epsom which is very central in Auckland.
If we are too far for you, you can always check this list of other existing BJJ clubs in Auckland.
http://www.aucklandbjj.com/p/other-auckland-clubs.html

If you are not located in Auckland, see our new page.
http://www.aucklandbjj.com/p/new-zealand-clubs.html